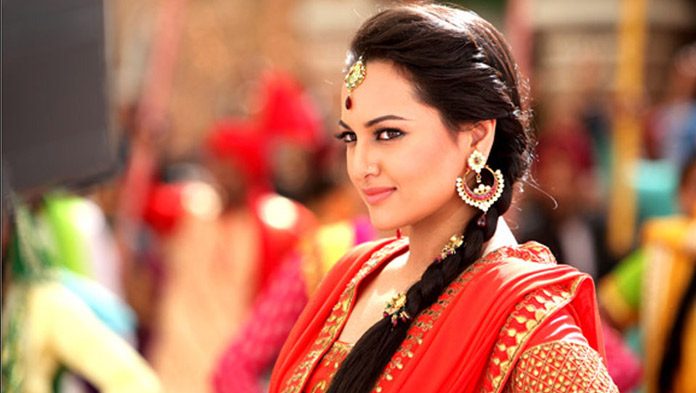 Fighting from the male dominating society in every walk of life, today’s leading lady is, she’s a hero! The super-confident woman being talked about here is none other than SONAKSHI SINHA!  This energetic and bossy woman has proved her worth on screen and off-screen. Even after having the film background inherited from her dad, she has stood by herself and for herself. With her toes touching the ground and head held high, this actress has slowly reached great heights. She is very modest and down to earth person, humble at heart. Determined and dedicated towards her work she has crossed many hurdles.

Being the daughter of a superstar, she still chose to live a normal life. She has always lived a normal life as a teenager, be it staying stuck in traffic jams or traveling in a metro. This struggle of hers can never be neglected. She has proved that even after having a godfather in the industry, she owes her success to herself.

Her boisterous attitude is always appreciated by the audience. She is an unusual packet of boldness and beauty which has won everyone’s hearts. Her big and beautiful eyes are her most precious assets. In the leading race of being western, she chose Indian culture and is a true INDIAN BEAUTY. 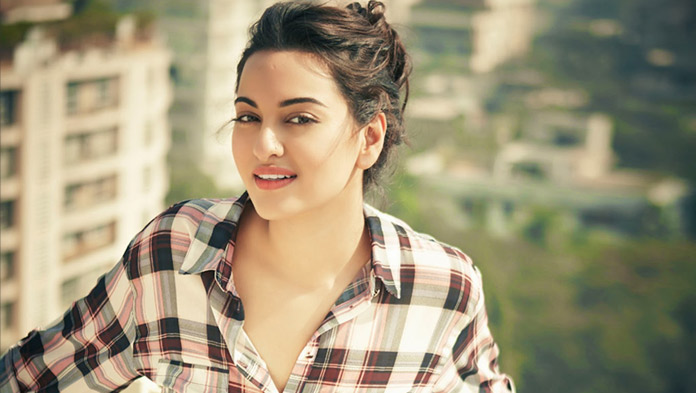 Following in the footsteps of her ancestors and seeking their guidelines,Sonakshi is the true SHOTGUN GIRL. She is an inspiration to many because of her confidence and righteousness. She stood by the right and has always raised her voice against the wrong. As a true activist, she has openly shared her views on Twitter.She has shown a keen interest in politics and the latest happenings around the world as well.

The ebullient charisma of this young lady had blown the mind of millions when she debuted in DABANGG!! Sharing screen with superstar SALMAN KHAN is a tough task for many but not for this Shotgun girl. She not only acted well in her debut film but was appreciated a lot by the audience. She is immensely talented and hardworking.

She has shared the screen with many other well-known actors. Be it thriller, action or comedy movies; she has done them all. Sonakshi has never limited her boundaries. She has always pulled off the barriers and has tried to do something new. She has also done music albums and has broadened her paths by stepping into movies of different languages, working with different actors. Her‘upright approach’ and ‘never say no’ attitude is the key to the shotgun girl. The upshot of Dabangg girl’s attitude is her success.

Her talents are not hidden; she has openly showcased what she’s got. Her journey from being a fashion stylist, a designer to a leading actress of 2014 has been remarkable. She has 22 big Bollywood hits to her credit with numerous brand endorsements and music albumsin her account. ThisIndian beauty is awarded Filmfare award for her debut film DABANGG and more important than winning the award, Our DABANGG girl has won million hearts.