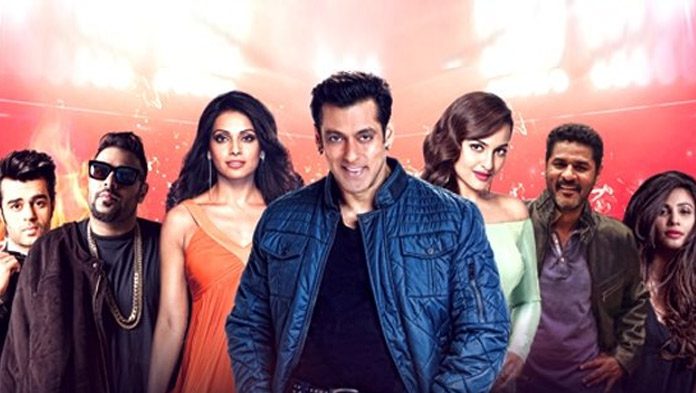 Da-bangg reloaded Pune concert became a huge win for the B-town celebs who’ve been a part of the event. Da-bangg Reloaded in Pune was so much of a glory- it was a perfect blend of glamour, flashiness, and pure entertainment for the thousands of fans who had been restlessly awaiting the event for a while to see some of the top grade Bollywood celebrities before them. The actors had literally wowed their audience, who couldn’t just get enough of their favourite celebrities. Post its success in Pune, India, Salman Khan and the whole team of the Da-Bangg Reloaded tour 2018 is all set to fly the seas with their rocking performances.

Even Da-bangg 2017 had been a great success internationally too as Salman Khan along with a team of famous Bollywood celebrities had travelled to Hong Kong, London, Auckland and some other major cities, showcasing their talent. Now, the success of Pune event only roared up the excitement for those waiting the tour to happen in US, making Da-Bangg US Tour 2018 one of the most awaited events to be happening in the country.

Salman Khan had taken it to social media announcing the Da-Bangg Reloaded 2018 concert taking off to US:

“USA/Canada … Agli Baari Tumhari! Aa rahein hain hum … swag ke saath!” (USA/Canada, you are the next! We and our swags are coming!) Salman Khan had tweeted on 26 of March this year, announcing the US concert tour plans.

The promos has been on fire across the web ever since, and Salman Khan’s international fans can’t keep their excitement down. He will be accompanied by a plethora of celebrities which includes one of his favourite co-stars and one of the most popular Bollywood female celebrity Katrina Kaif, one of the most popular Bollywood dance choreographer Prabhu Deva, the beautiful Jacqueline Fernandez, Sonakshi Sinha, Manish Paul, Daisy Shah and Guru Randhawa.

Da-bangg Reloaded 2018 tour in US have Atlanta, Chicago, Dallas, San Francisco, Vancouver, Washington DC, New Jersey and Toronto lined up to be covered during the last week of June and first week of July. The schedule for the concerts in US cities goes as below:

The celebrities seem quite positive and enthusiastic about the event and promise to bring their audience ‘entertainment like never before’. Their international promotion partner, Bhavesh Patel reassures the best to the fans awaiting the concerts.

The Tickets are almost sold out for most cities, so all the Bollywood fans better be rushing if you don’t want to miss the chance to get the glimpse of the evening!