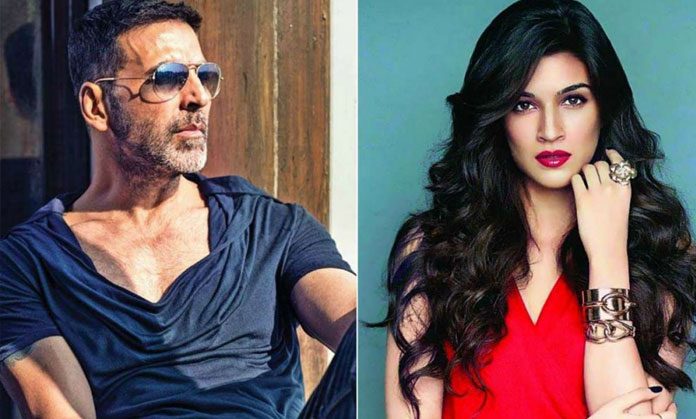 After 3 blockbuster series, Bollywood now awaits the 4th sequel of India’s most loved romantic-comedy, Housefull, scheduled to hit cinemas during Diwali 2019. Like the first 2Housefull films, Housefull 4 will also be directed by Sajid Khan and produced by SajidNadiadwala under the name of Nadiadwala Grandson Entertainment. The duo of SajidSamji and FarhadSamji directed the 3rd Housefull.

The star cast that is a favorite amongst all:

Though some of the Housefull cast will continue to feature in the sequel, a few new faces are expected too. The movie will cast the following actors in the lead: 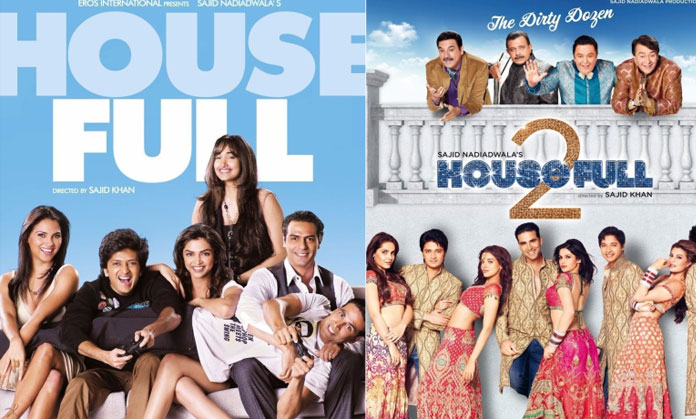 What could the plot be this time?

How do we know?

You must be wondering if this information is correct. Well, it is!The film crew just couldn’t contain their excitement. They took to Twitter and spilled the beans for fans.

Almost two years before the film was to be released, in October 2017, Nadiadwala Grandson Entertainment made it official. An official announcement for the release of Housefull 4 was made on Twitter. The post claims that the theme of the upcoming film is “reincarnation.” However, this post did not have any mention of the star cast for the 4th sequel of the romantic comedy.

While this got the Housefull fans buzzing with excitement, we still did not have a confirmed list of actors for the film. It wasn’t too long before, actors of the movie also took to Twitter. Now, we assume that these posts were from when the crew commenced shooting for the film in early July. Bobby Deol posted a picture of the 5 men and his caption clearly reflected that the shooting of the film would be a ball of a time. Akshay Kumar, on the other hand, posted a picture of the 3 lead actors, all smiles. Reading his caption, we can clearly see that the men are all set to make merry.

Recently, in an interview with a well-reputed newspaper, KritiSanoncouldn’t contain her excitement either.She mentioned how elated she was to work with the real Bollywood Khiladi, Akshay Kumar.

According to the Sajid Khan, director of the film, working on the sets of Housefullhas always been a blast!

Forecast about the entertainer

Housefull 4 is expected to be “4 times the fun”, making it India’s highest budgeted comedy movie. With a 3 super hit films and with a power packed star cast like this, we just cannot wait to see what the Housefull 4 crew has in store for us.