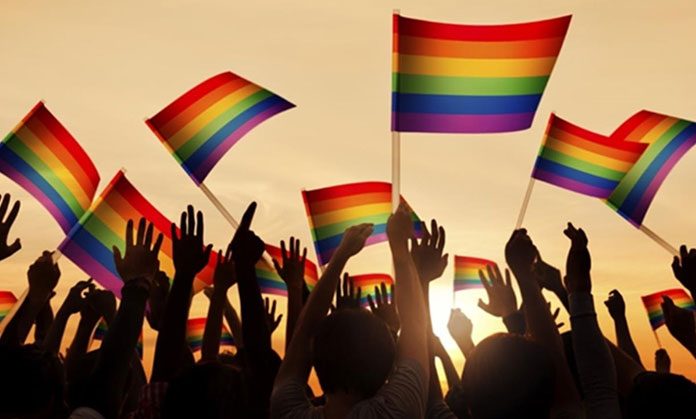 The Supreme Court recently decriminalized consensual gay sex after a long and hard fight with the LGBTQ community. A five-judge constitution bench addressed that IPC’s section 377 violated the right to equality. It’s a big step towards complete equality and freedom. Although, only a part of this IPC’s section 377 was termed indefensible, irrational and manifestly arbitrary. The whole country joined in its celebration in its own ways. Even the big shots in Bollywood were excited and happy about it. Various celebrities and famous people tweeted out just how happy and proud they were that this moment happened.

The apex court now believes that the LGBTQ community must also have equal rights.There should be no discrimination on the basis of sexual orientation. It is a direct violation of what our constitution stand upon freedom of speech and expression. This has led to a grand celebration throughout our nation. It feels like a step toward a better future for all of us. The Bollywood celebrities too, aren’t left behind!

As usual, Bollywood rushes to twitter wishing the country and the nation’s LGBT community for this iconic victory.

Karan Johar tweeted“huge thumbs up for humanity and equal rights.”

Historical judgment!!!! So proud today! Decriminalizing homosexuality and abolishing #Section377 is a huge thumbs up for humanity and equal rights! The country gets its oxygen back!

On 6th September 2018.Hansal Mehta, the director behind an amazing work, ‘Aligarh,’ said that it was a new beginning. Hansal also tweeted that a time has finally come now for people’s attitudes to change. He also said that it is time for celebration as well as reflection of the law.

Other celebrities like Arjun Kapoor and Nimrat Kauralso took on twitter on hearing the great news. They expressed their happiness on passing of the new law and appreciated the law makers of the country. A new generation is indeed coming up now!

Farhan Akhtar and Ayushmann Khurrana were amongst those too who came on Twitter congratulating the LGBT community on this great win.

KalkiKoechlin tweeted,“So happy today, thank goodness for the rainbow (and all the lawyers that helped put it there”

Rajeev Khandelwaltweeted this,“Wow! You land in your homeland, switch on your phone, and you hear about the Supreme Court verdict about the now ‘DEAD 377′. Let’s unite more often. It does yield results 🙂 A big hi to all”

And this amazing tweet from Sakshi Tharoor, “So pleased to learn that the SupremeCourt has ruled against criminalizing sexual acts in private. This decision vindicates my stand on Section 377& on exactly the same grounds of privacy, dignity &constitutional freedoms. It shames those BJP MPs who vociferously opposed me in LS.”

Even author Chetan Bhagat tweeted a very heartwarming as well as the eye-opening message, “India is a country where the culture changes every 100km. Accepting diversity has to be the core value of every Indian and frankly is the only way India will survive and thrive. Scrapping #Section377 is a step in that direction. It is a good day for India.”

Indian Television Journalist Barkha Dutt tweeted, “And there its- gone!!! Congratulations to the #LGBTQ community for decades-long battle. Congratulations to CJI Dipak Misra & the bench for making India a better democracy today. Here’s to what the end of #Section377 symbolizes- #Freedom To Love #Right To Equality #Liberty.”