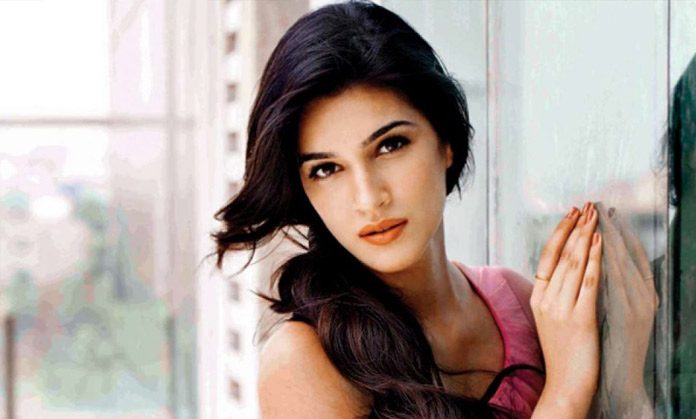 Kirti Sanon is a darling, no doubt about that. Her beauty is the reason why she has made a successful career in Bollywood so far. But even more interesting is her story of how she got into the film industry. From engineering to modeling, and then finally setting her foot in the film industry, here is how Kirti Sanon made big in Bollywood.

Kirti Sanon was born in 1990 and celebrates her birthday on 27th of July. She has big fame in the Hindi and Telegu film industry. She is a Delhi lite who chose to become an engineer and make a career in that field. Kirti’s younger sister Nupur once clicked her picture, after which her friends suggested her to try her luck in the modeling career. During her engineering, she participated in a contest online, where she sent her photos and luckily won. She was awarded a free photoshoot by Dabboo Ratnani. Since then there was no looking back. She got a brilliant opportunity of getting a one year contract in a reputed modeling agency.

Trying her luck as a model, she started doing ramp walks during 2009 while her graduation was still on. She did modeling for some of the most known brands like, Close up, Cadbury, Reliance Trends, Amul Ice Cream, Vivel, Samsung Hero‌, Himalaya Facewash, Kaya Skin Clinic and many others. This is how she made a very successful career as a model.

When she completed her engineering, she was offered two jobs for placements which she refused and made her way to Mumbai. She was first offered a role in Akshay Kumar starrer Singh is Bling which she later rejected. After which, she was offered the film FARZI, against Shahid Kapoor. Although the film wasn’t able to gain much popularity, Kirti’s work was much appreciated.

Then she was offered a role in the movie HERO PANTI as the female lead, which was against Tiger Shroff on the screen. This movie became a huge success. The music and the story were loved by the audience. The success of this movie led to the popularity of Kirti Sanon. After which, her career was bombarded with much greater opportunities where she got to work with the big names of the industry. She was offered DILWALE against Varun Dhawan, Kajol, and Shahrukh, which again got a bittersweet response from the audience, although Kirti’s role was appreciated. Now she keeps appearing in the low budget entertainment films like BAREILLY KI BARFI and RAABTA. She’s constantly working her way through becoming a great star in the film industry. In her free time, she likes to do meditation and is also a yoga freak. She also likes cooking and surprisingly watches cricket in her free time. She is a food freak and likes cheesecakes and moong dal ka halwa. We hope that this Dazzling beauty becomes a great success in Bollywood. The audience has always loved her and is always waiting to see more of her in the movies.