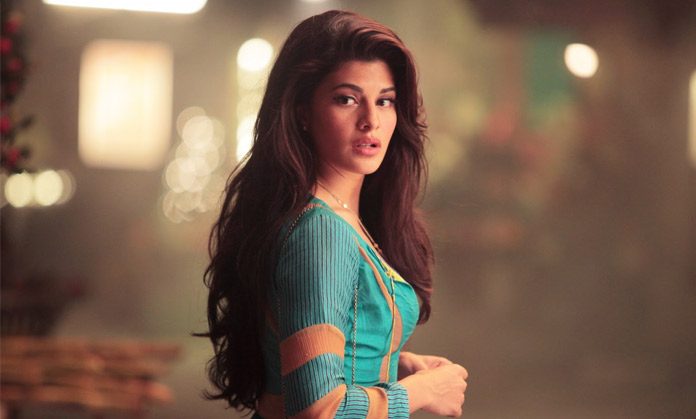 Known for her sexy looks and amazing dance talent, she has been featured in many hit item numbers. With her sizzling hot looks and her boisterous acting, she has won million hearts. During the 9 years of her life in Bollywood, she has shared the screen with some highly renowned actors of the industry. The Dhanno of Bollywood has made the audience go crazy with her talent. The Sri Lankan beauty featured in music album GF BF with Sooraj Pancholi. Her‘never-say-no’ attitude has been the strength of this superstar. Her resemblance with iconic Praveen Bobby has blown minds of million.

In her acting career, she has encountered competition, criticism, and failure, but nothing has stopped this leading lady to achieve her goals. She has been determined and hardworking throughout. She has maintained the aura of being what she is. Not only her killer looks, but her compassion towards acting has made her what she is today.

She has fulfilled her dream of working with Salman Khan in her super hit movie KICK which is only a dream for many actresses. She proved that even in the male dominating society and a movie featuring superstar, she can still highlight her presence.She is again sharing the screen with superstar Salman Khan in her upcoming movie RACE 3. She has always ignored the rumors about her link-ups with her co-stars. She has taken all her critics as her well-wisher and has improved and moved on at the same time. She came to light when she set balls rolling with her 100 crores  Housefull 2. She was appreciated for her acting and the way she pulled it off even when she was sharing screens with experienced actors. She has shown her variations of acting talent by doing comedy, action, romantic, and thriller movies. She has won many awards for her outstanding performance and has set a bar for many emerging talents. She has worked hard on her shape size and her dream figure. She believes in working hard which keeps the critics keep their mouth shut.

She has been devoted to her work and has won more than 20 awards for her outstanding performances. She has judged a famous reality TV show streaming on colors JHALAK DIKHLA JAA. This dance reality show proved her growth in her acting career and more about how good she is as a dancer. The screen sharing with Prabhu Deva in JADOO KI JHAPPI made it clear that this girl is a bomb in a packet. She will soon be seen sharing a screen with Salman Khan in RACE 3. She has been part of RACE 2 as well. She likes to be herself which makes her even more beautiful and successful.