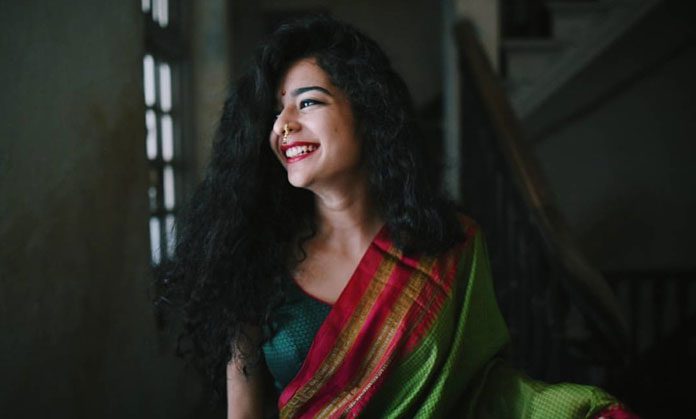 Every year a fresh face enters the Bollywood. But, not many can make it to the stardom. 2018 has been a great year, and many faces entered the Bollywood industry. Some of them received an enormous amount of love.  These are the celebrities who were an instant hit amongst the fans. We won’t keep you waiting. Here is the list of the top 5 debut beauties in the Bollywood industry in the year, 2018. The list is sizzling hot in all terms.

JanhviKapoor tops the list of the debut beauties. She made her entry with the film Dhadak. It was the most awaited Bollywood entry. Being the daughter of actor Sridevi and Boney Kapoor is what made Janhvi’sstart on the silver screen a big deal. When she finally entered the industry, she made it to headlines of almost every news channel and newspaper. Dhadak was a Hindi remake of the Marathi movie Sairaat. Janhvi is already a style inspiration for soo many young girls. She has an enormous Instagram following, and people truly loved her character in the movie.

Another famous Bollywood star kid, Sara Ali Khan, is all set to make the big move. Sara will be seen in Abhishek Kapoor’s Kedarnath. Acting along with Sushant Singh Rajput. People are already very excited to see her on the screen. Kedarnath is likely to hit theatres by December. Although, people have all ready to make a comparison between Jahnvi and Sara. Sara Ali Khan is entirely set to work on other projects.

Mouni Roy is a television actress who successfully made it to the Bollywood. The actress became famous after her show Naagin. She received a lot of appreciation for her role and acting skills. She made her debut in the Bollywood industry through the blockbuster Gold. She was seen next to Akshay Kumar where she played the role of a Bengali housewife. Mouni Roy will also be seen in the movie Brahmastra. She is shooting for the film in Bulgaria. She is indeed one of the most anticipated and extremely popular television actresses.

BanitaSandhu as a new face in Bollywood received a lot of love for her role in October. She was seen next to the Judwa 2 actor Varun Dhawan.She has also done a lot of TV commercials to make a name for herself. She is definitely a star to watch out for.

Mithila has been an Instagram celebrity for the longest time. She had a huge fan following. Her innocent face makes every heart melt. Mithila gained popularity from the show “Girl in the City.” She was also seen in many YouTube series like Little Things. Mithila made a considerable Bollywood move this year with Karwan. She was seen next to Irfan Khan. Mithila’s acting and the role were immensely appreciated by everyone who saw the movie.

These were few of the stars who have mesmerized us by their looks as well as their acting skills. We just hope they make it big and stay here for the years to come.