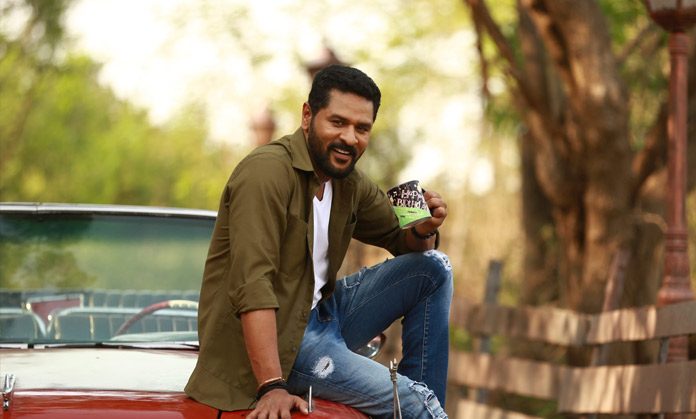 Prabhu Deva is the ultimate dancing maestro known by everyone in the nation for his inspiring dancing skills. His motivating talent echoes through every dancer’s heart and soul. Born on April 3, 1973, in Mysore, Karnataka, he is famous as an Indian Dance Choreographer, actor, film director, and a producer in Tamil, Telugu, Malayalam, Hindi, and Kannada movies. His skills shine through various fields of work, and it is very evident through his achievements. He was born as Prabhu Deva Sundaram, son of MugurSundar, a South Indian Choreographer.

Prabhu Deva is popularly referred to as the ‘Indian Michael Jackson.’ He started his career in the 1990s as an actor and has spanned 25 years of acting experience. His enlivening qualities are reflected as a successful director and producer as well. He has worked in the numerous B-Town movies such as ROWDY RATHORE (2012), WANTED (2009), and SINGH IS BLING (2015) as a director. His directorial debut was in the year 2005, for the Telugu movie NUVVOSTANANTE NENODDANTANA. He has choreographed in over 100 movies and directed about 13 movies, and he also worked as a producer for 4 movies. He has his own dance academy in Singapore, where he holds the responsibility of the chairman and the director, which is an incredible feat to achieve.

The first song he danced for was in Mani Ratnam’s MOUNA RAGAM, where he performed as a background dancer. This was a long time before he started choreographing for movies. His acting debut was in VETRI VIZHA, a film by Kamal Haasan. At that time, he was just 15 years old. He is famous for his signature style which infuses a bit of inspiration from Michael Jackson as well. His dancing skills are resonated and applauded for in many songs like KADHALAN and MR. ROMEO. As said by Prabhu Deva himself, his inspirations for dancing included the King of Pop. This is very evident in various songs like MUQABALA MUQABALA and QUE SERA SERA. He was highly inspired by his father as well. Recently, a statue of Michael Jackson, the pop king was inaugurated at a University in Chennai and it was unveiled by Prabhu Deva, who arrived as a special guest. The man is known for his energetic dancing style, pumped through the strength he puts in every performance. The legendary artist is skilled in a variety of dance kinds and has designed some of his own styles of dancing, owing to his super talented self. He is an expert in Bharatnatyam and many western styles of dancing.

The multi-talented legend is truly an inspiration to every young artist out there. His contributions towards the artist community are immense and incredible. In this long career span, his dancing skills have earned him much accolade, and so he is a two-time National Award Winner for Best Choreography in the year 1996 and 2004, which is a great honor for any artist.