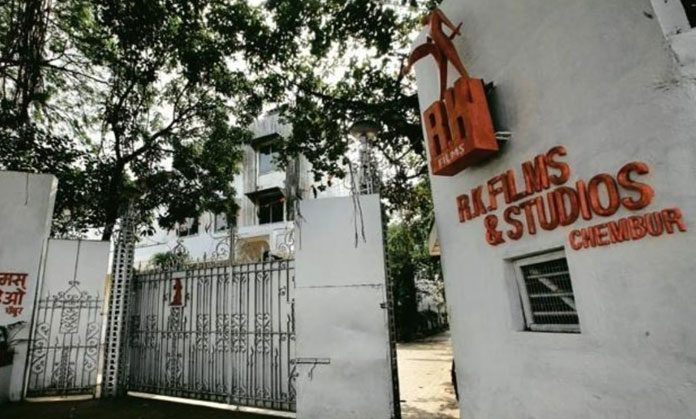 RK studios is iconic and a stepping stone for many, in the industry. Establishing movies like Mera Naam Joker and Sangam have been shot here. But an unfortunate incident that occurred last year has changed everything for the Kapoor family. The family will no more be owning RK studios. This has also bought an end to an ongoing tradition of almost 70 years. It’s not just us who are deviated, but the Kapoor family is too traumatised about the fact too.

The 70-year-old tradition comes to an end

The unfortunate incident that happened at RK studio last year was a fire in some parts of the studio. The fire caused a lot of damage to the place and had not been built again ever since. The costs for the damage were too high to be incurred, and the studio started seeing less and fewer industry people since. Rishi Kapoor confirmed in August that after this incident the studio had been put up for sale and with it the 70-year-old tradition of bringing Ganesha to the studio on every Ganesh Chaturthi.

This Ganpati tradition at RK studios was beloved by all and was also considered as one of the bests in the city. They always had people coming from all over Mumbai and Chembur to be a part of it. The entire Kapoor clan would also be there, especially for the visarjan after the 11 days of Ganesh Chaturthi. Seeing Randhir Kapoor during Ganpati in RK studios along with his brothers Rajeev and Rishi Kapoor was kind of habitual by this point. In recent years we’ve also seen Ranbir Kapoor during Visarjans. The family takes part in all the festivities and dancing at visarjans. 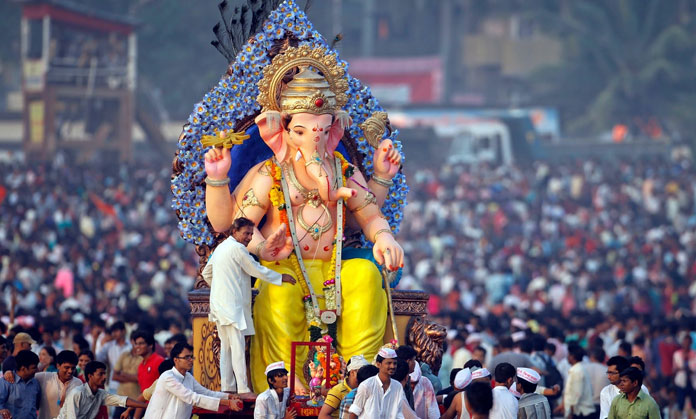 The Kapoor’s May have celebrated their last Ganesh Chaturthi at RK studios this year. According to the reports, Randhir Kapoor and the whole family looked very sad and emotional on this day. Ganesh Chaturthi has always been a favorite festival in Btown, and we’ve seen the likes of Salman Khan and Shilpa Shetty all welcoming Bappa with open arms and enthusiasm. But it is always the RK studio Ganpati that everyone looks forward to.

It has been considered as the oldest and perhaps the best by industry insiders, and we can completely believe it. The Kapoor khandaan has always been enthusiastic about the festival. It’s amidst great shop and celebrations that they welcome and say goodbye to Bappa every year. You’ll be spotting Ranbir Kapoor for dancing to the visarjan dhols. However, it seems like this is the last year the family is coming together for a celebration like this. It will be the last year that the Kapoor’s celebrate this festival here. Ranbir Kapoor was asked about it earlier, and he had said the festivities would go on as usual, just like every year. Though we’re not seeing Ranbir this year for he is busy with his shooting in Bulgaria for the movie Brahmastra, his father Rishi Kapoor has welcomed Ganesha in their home this year.

The Btown made popular Ganpati in RK studios is coming to a sad and unfortunate end. The Kapoor’s too looked very gloomy realizing how it will be the last year they get to do this. The iconic studios have been a part of a lot of major happening in the industry.