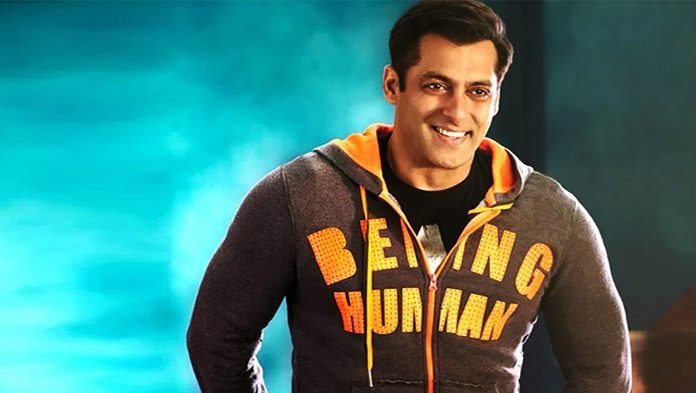 One Bollywood star who has marked his strong presence for whopping three decades and entertained us is none other than Salman Khan! He has been ruling Bollywood for a long time now. Entertaining not only the millennial but also the preceding generation, he remains a dynamic star and a timeless actor.

When it comes to fandom in Bollywood, fans treat their favorite actors as Gods.No one can compete with the fan base of our iconic Salman Khan though! Salman is lucky to be supported by such fervent fans from around the world. He is loved by millions of people for his style, acting, entertainment and also his charity works. He has a strong fan base not justin India but also the world over!People go gaga over him and are crazy to steal a glance of him.

There are very few stars in the history of Bollywood who have ruled for ages. Salman started his acting career in 1988 and Race 3, releasing in 2018 marks his 30 years of entertaining his audience.Not just the common public, but his co-stars are equally fond of him as well. Salman has given us so many classic movies. To name a few are Maine PyarKiya, Karan Arjun,Judwa, PyaarKiyaTohDarnaKya, Hum ApkeHainKaun, Hum DilDeChukeSanam, MujhseShaadiKarogi, Bodyguard, Wanted, Dabangg, BajrangiBhaijaan, EkTha Tiger, etc. His versatility is yet another aspect of his acting career that made him so popular and successful. Whether it is about doing effortless comedy or playing a romantic hero or delivering the best action performances, Salman never ceases to amaze his audience!

Is it possible that we discuss about a style icon like Salman Khan but don’t mention his love life?  The speculations for his marriage have been doing rounds for many years now.His fans are waiting to see who their beloved Mrs. Khan will finally be. Salman has dated some very iconic and beautiful women from Bollywood and outside, but none of them could make it to the title of Mrs. Salman Khan. It is commendable how at his age of 52 years, he is still called the ‘Most Eligible Bachelor InBollywood.’

With the industry full of stars, none has ever managed to come even close to his stardom and acting skills. Some of his iconic roles like ChulbulPandey from Dabangg 1 and 2, Prem from Maine Pyar Kiya and Tiger from EkTha Tiger haveetched an everlasting image in the minds of Bollywood lovers. Some of his upcoming movies are Race 3, Bharat and the much awaited Dabangg 3! He keeps his fans entertained with his hit movies and gets them reeling for more!

Salman, in the past, has also made his striking presence in many TV reality shows. Shows like Bigg Boss and KhatronKeKhiladi have been loved by the audience. He is also a terrific dancer, which can be seen from his hit Bollywood numbers. He is a Rockstar in the real sense, winning hearts everywhere for the past 30 years. He continues to rule the hearts of millions of people across the world with his charm.