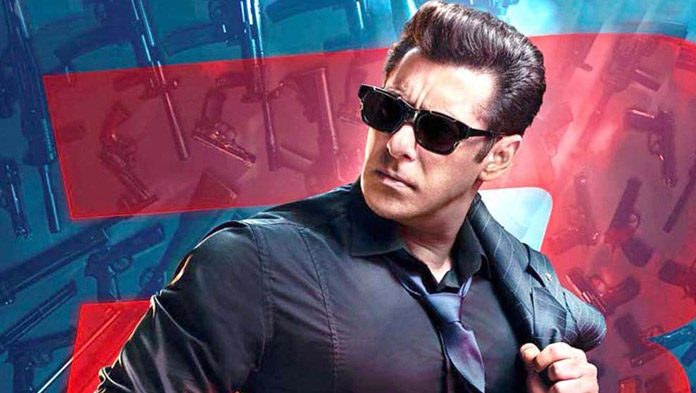 One of the most popular faces in Bollywood Film industry, Salman Khan is visiting Canada and US on his concert tour called Da-Bangg Reloaded. The concert shall see some of the most glamorous Bollywood female celebrities as well, including Katrina Kaif, Jacqueline Fernandez and Sonakshi Sinha. Further, one of the top dance choreographers in Indian film industry, Prabhu Deva, a renowned entertainer, host and comedian, Manish Paul, and few upcoming sensations like Daisy Shah and Guru Randhawa shall also be joining Salman khan in this grand concert. Together, these largely admired Indian superstars are so going to rock the concerts and bring some real entertainment for all the Bollywood fans.

The event concerts are in queue to be held at various cities in United States of America and Canada from June 22 to July 8. Cities to be covered under the Da-Bangg Reloaded 2018 tour are Atlanta (on June 22nd), Chicago (on June 23rd), Dallas (on June 29th), San Francisco ( on June 30th), Vancouver (on July 1st), Washington DC ( on July 6th), New Jersey ( on July 7th) and Toronto (on July 8th) .

The event has Sahil Promotions as its International promotion partner. Bhavesh Patel, a long term associate and a close friend of Salman Khan for over two decades and the head of Sahil Promotions was quoted saying how much of an honour it will be for him and his entity to present this chief Bollywood star (Salman Khan) in United States and Canada after twelve long years for this concert. Salman Khan too was quoted speaking about his deep and lasting association with Mr Patel few months back, during an IIFA Live Web conference. Bhavesh Patel believes that this would be one amazing occasion for Salman Khan to meet and connect with his international fan base. Well, undoubtedly, the concert tour is going to be one grand occasion for the Sultan star as well as for his entire fan base in the country.

The announcement of the tour taking off to United States of America and Canada came on March 26, with Salman Khan tweeting a promo of the Da-bangg 2018 US tour. Salman Khan is well known to bring out special events and schedule movie releases around Eid or such occasions, largely pleasing his fan base. So, for this year, the Da-Bangg Reloaded- The Tour announcement came as an Eid gift from Bhaijaan to all his fans across the globe.

With his Da-Bangg Reloaded Pune concert being a great success, the excitement is pretty much on its peak- both for the stars as well as for their admirers. Tickets are reported being selling like hot cakes and is expected to be completely sold out for all the eight cities very shortly. Salman Khan and Bollywood Fans- better to rushing to grab a ticket if you haven’t already got yours still!