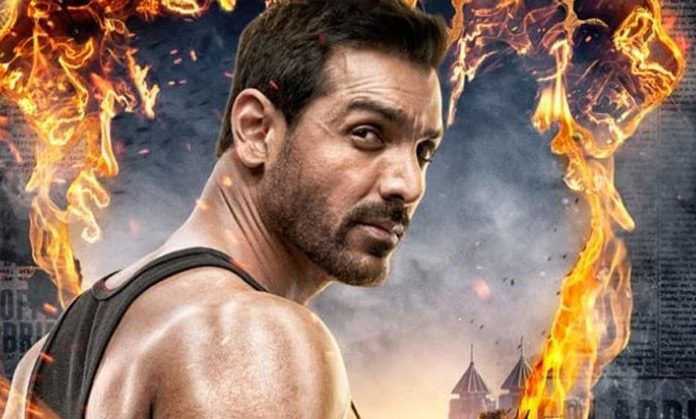 SatayamevJayate has crossed over sixty crores in it’s first few days of its release itself.It is climbing up the charts to become John Abraham’s biggest blockbuster hit till now. The movie has hit the charts among top movies in 2018 and is winning the hearts of people through its nationalistic and patriotic spirit. 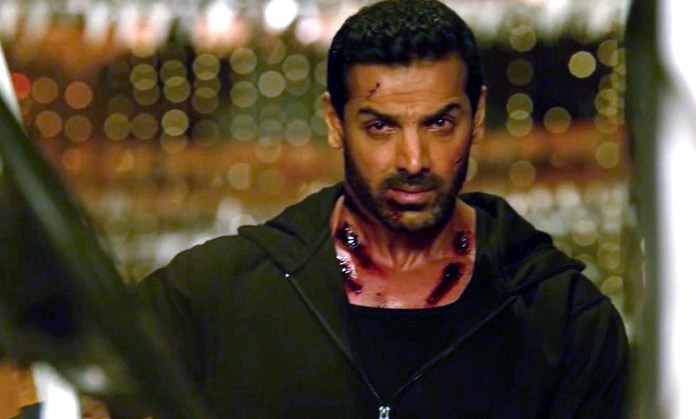 The tale in brief

The movie revolves around a vigilante who has seen his father who was a policeman, get humiliated by the corrupted government.He thus wants to seek justice by exposing and treating the corrupted community with violence and extreme aggression. The movie,however,shows a lot of bloodshed and gore which might get a little overboard. The film has some great dialogues that deserve hooting and heartwarming as well as fun and quirky songs like Dilbar. These have hit the box office records in a day with the gorgeous Noorah Fatehi moving with the grove.

The film features the highly talented Manoj Bajpai. The actor is very experienced and has beautiful acting skills which catch the eye of people. The man always manages to steal the thunder with his theatrical as well as commercial acting skills.

A movie with a good cause

The film has played a good role in opening the eyes of people against corruption and misuse of power in the country. In short, the movie is about corrupt police officers who are burnt alive and the entire police department is traumatized and horrified by the same. It surely has won the hearts of people. The acting skills by John Abraham are being displayed very well, with the movie becoming one of the top movies of John Abraham. The storyline of the movie is quite interesting and will keep your attention gripped and eyes to the screen throughout the movie. It is a good example of a patriotic action movie and is doing great even after it has competition from other films like Gold starring Akshay Kumar.

The muscular man got all eyes on him!

People love ripping muscles and huge bodies of heroes. It makes the heroes look strong and powerful. This is exactly the kind of film you’ll want to watch if you drool over big guys who fight to save the world. The movie has gotten many fans due to its strong plot and fiery and intense scenes. John Abraham coming in like a beast to rip apart whoever tries to rip apart the system is something to look at when he does vain popping actions and stunts in the movie. At the same time, you can see kindness and grace in his eyes and attitude. The movie is a must watch for John Abraham fans and those who love action drama films.

The film may not seem very original but is sure a one time watch if you are looking forward to getting entertained by some good action and drama.