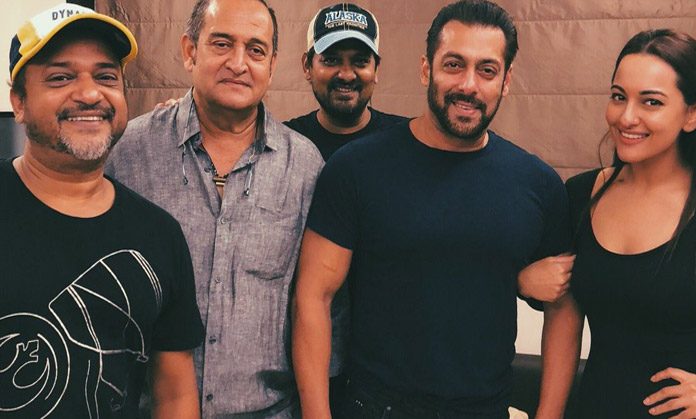 The recent post from Sonakshi Sinha on Instagram thanking Salman for helping her ‘realize her calling’ came as a nostalgia. It reminded us all that it’s been 8 years now since the iconic movie was released. The film starring Salman Khan, Sonakshi Sinha, Vinod Khanna, Dimple Kapadia, and Arbaaz Khan is considered as one of the best cop dramas in Bollywood. Even though its story and plot are quite simple, we fell in love with the movie at once. Sonakshi also teased fans about the release of their next film Dabangg 3. According to reports, Salman Khan will start working on the film after he wraps up his latest movie ‘Bharat.’ After promises from both the stars of the movie for Dabangg 3 next year, we can’t wait to see what the movie brings to the table this time.

What the stars of Dabangg posted

It was Sonakshi Sinha who first posted a lengthy caption with a photo of her and Salman from the film. It was a throwback picture from a still in the film, posted on Twitter and Instagram. The caption reminded everyone that it had been 8 years since Dabangg came out. Sonakshi was thankful to Salman, Arbaaz and Abhinav Kashyap for helping her realize her calling. Dabangg has been Sonakshi’s first ever film, and it had helped her pave a successful path into Bollywood. Salman and Arbaaz Khan too took to Twitter and Instagram posting throwback pictures and teasing fans about seeing them next year in Dabangg 3 certainly. 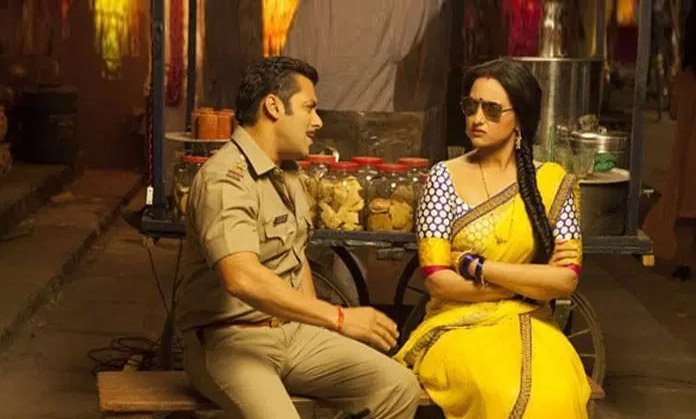 What The Movie Was All About

The national award-winning movie Dabangg gave life to Chulbul Pandey played by Salman Khan. It’s probably his most beloved character amongst many Bollywood fans. Chulbul Pandey became an icon amongst the crowd ever since the release of the first movie. The superstar was seen playing the role of an adorable policeman was too much for fans to handle. His signature belt step and glasses behind the collar became popular. The character played by Salman is a funny, eccentric policeman whose style is one of a kind. He’s married to Sonakshi’s character Rajjo, and the duo make an epic couple on screen. Her character too is fierce and independent which was what first attracted Chulbul Pandey to her. She’s has had responsibilities of her father and he’s had a troubled relationship with his, the movie also has Arbaaz Khan playing Makkhi. Even though Dabangg was Sonakshi’s first film, she had given a stellar performance for which she was recognized and appreciated. The film gave her public recognition and a Film fare Award for Best Female Debut.

The cast and crew of Dabangg also had a meetup, and they shared the cute reunion style pictures with fans. They reminded everyone again that it’s in celebration of Dabangg completing 8 years with a gentle nudge towards the release of Dabangg 3 next year. Such promises have left us fans in a delightful situation, anticipating what comes next for the beloved Chulbul Pandey and his lovely wife,Rajjo.