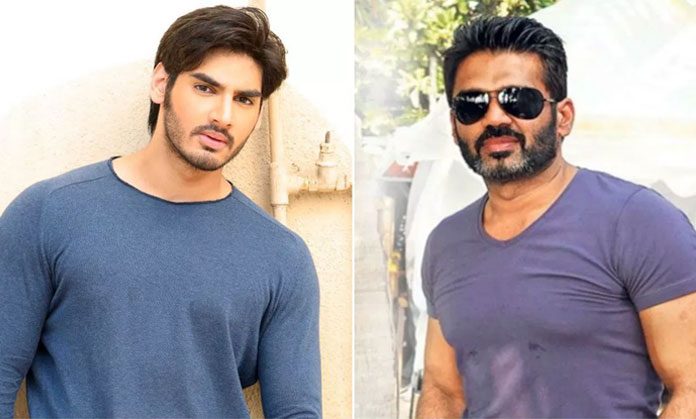 Bollywood has been introducing and debuting actors from the new generation of celebrity children. Amongst the long list of names, there’s another one joining soon.Ahan Shetty, the new star kid in Bollywood is gearing up for a grand Bollywood debut. His first film is going to be produced by Sajid Nadiadwala, Grandson Entertainment. It is fortunate that Ahan gets to start his career under such a great director who has given us hit films like Housefull 2 States and Highway.

Ahan Shetty is the newest star kind entering Bollywood with a bang. With a hot young body and charmingly handsome face, he’s set his goals and is following the footsteps of his father. His features are strikingly familiar to his father with a near identical jawline and mouth. Ahan Shetty is lucky enough to be debuting under Sajid Nadiadwala who had once also launched his father with ‘Waqt Humara Hai’ almost 25 years ago. This is a superb coincidence as the same director who launched Sunil into his film career will be the director who will cast his son. In a recent interview with DNA, Nadiadwala confirmed his plans to launch Ahan with the Telugu remake RX 100. He says that he chose this movie since it has gained cult status amongst the youth. He also mentions that he knows a lot of youngsters that have watched the movie over 10 times. The movie is set to release in May 2019. The director has not been decided yet, although they are in talks with a few.

Ahan’s sister Athiya made a stunning debut in 2015 with the movie Hero. She received the Dadasaheb Phalke Excellence Award and a Filmfare award nomination for the Best Female Debut. There’s a lot of pressure on Ahan due to this. It will be interesting to see how the boy performs after getting to see hit films coming from the family since before. 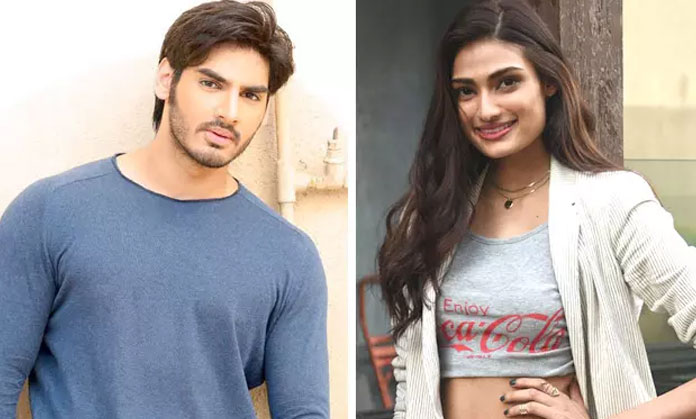 Rumors were circulating around that Salman Khan would mentor and introduce Ahan into the film industry just like he did for his sister Athiya Shetty. She was lucky enough to begin her career under Salman Khan, with the movie Hero. However, that’s not the case. As of now, it was Karan Johar who introduced and welcomed him a few days back. It was an official and formal tweet announcing Ahan’s debut in the film industry. After that, there was a plethora of goodwill and wished to pour in from all over.

Receiving encouragement is always a blessing!

Even Salman Khan is acting every bit like the ‘bhaijaan’ that he is taking to Twitter to give his heart and a warm welcome to the young boy. He tweeted, “Ahan’s picture with an encouraging tweet that read, “Ahan Looking good! I’m so happy. Just heard you signed a film with Grandson #sajidnadiadwala. Welcome to the Indian film Industry.” The best post, however, was from Ahan’s very own sister Athiya on Instagram. A beautiful black and white picture of Ahancasually laying in bed with the caption, “To a beautiful journey ahead! Congratulations my Aaani so proud to be your sister!!”

While Athiya received the DadasahebPhalke Excellence Award and a Filmfare award nomination for the Best Female Debut, it will be interesting to see how Ahan will fair at the box office and in the minds of cinefans.

Let us wait and hope for the best from the young talented man who is ready to enter the B-Town industry.