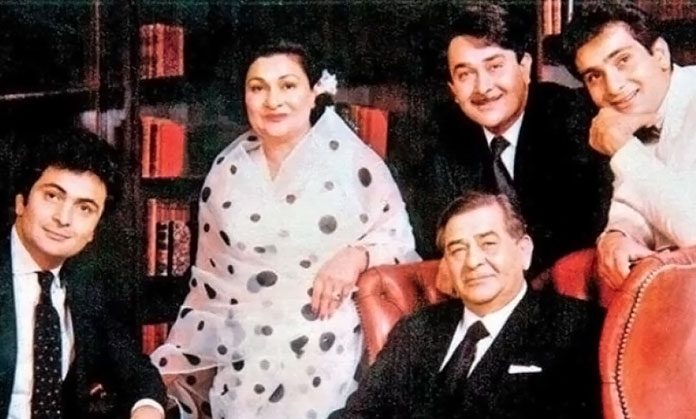 Best known as the First Lady of Bollywood, Krishna Raj Kapoor, wife of the late legendary actor Raj Kapoor passed away at the age of 87. A yet another great soul left us on the 1st of October. Krishna Raj Kapoor married Raj Kapoor in 1946. She suffered from a sudden cardiac arrest, said her eldest son Randhir Kapoor. Speaking to a news agency, Randhir Kapoor expressed with grief that his mother had passed away. It was a cardiac arrest that took her life, old age being a factor too.

However,Neetu Kapoor also posted an emotional and heartfelt message on Instagram. In the post, she expressed that her mother-in-law was always a huge influence in her life. She also expressed that her elegance, wit, generosity, and warmth is something that NeetuKapoor admired. The message stated that Krishna Raj Kapoor will always remain in their hearts forever.

A tribute by Bollywood

Known as the Perfectionist of Bollywood, Aamir Khan conveyed an emotional goodbye to the First Lady of Bollywood. He said that she was an institution in living life and her death was a loss to all of them. He further expressed his deepest condolences to all the members of the Kapoor family. Actress Manisha Koirala through her tweet expressed that Krishna Raj Kapoor was a remarkable lady who was graceful till the end. Sanjay Dutt reminisced late Krishna Raj Kapoor saying she was one of the sweetest women he knew. He also shared that they shared some amazing and wonderful memories together, sharing quality time with each other.

Veteran actor Anupam Kheralso tweeted about how sad the demise of the beautiful soul was. He expressed that she was amongst the most dignified and affectionate ladies that he had met in his life. He paid condolences to the Nanda as well as Kapoor family.

Filmmaker Karan Johar tweeted “The embodiment of grace…of dignity …of elegance and strength…Krishna aunty will always be the First Lady of the Film Fraternity…the most generous, kind and gentle person I have ever known with the most terrific sense of humour…will miss, you Krishna aunty.”

Randhir Kapoor performed the last rites of his mother at the Chembur Crematorium. Almost the entire Bollywood was in attendance at the last rites ceremony. Biggest names of Bollywood like Anil Kapoor, Arjun Kapoor, Amitabh Bachchan were part of the ceremony.Celebrities like Alia Bhatt, Karan Johar, Ayan Mukherji amongst others attended the funeral of Krishna Raj Kapoor too. The family organized a prayer meeting at the Krishna Raj mansion two days post her demise.

The Bollywood industry will always remember the greatness of a pure soul who touched lives of many. May Krishna Raj KapoorJi rest in peace.